Performers at the Goa Carnival

Highlights: Colorful parades, feasting, merry-making, dance troupes of masked revelers and elaborately decorated floats. The three-day festival is primarily celebrated by Christians, but it has also absorbed Hindu traditions, western dance forms, and turned into a pageantry of sorts. It started originally as a celebration enjoyed only by the local population, but today it attracts thousands of people from all over the country and even abroad.

Itinerary Possible: One can stay in Goa as long as a person wants. Goa is full of life. It has beaches, Portuguese architectural works, vibrant culture, forests, waterfall and lively people.Its weather is pretty good and rural Goa has a charm of its own. Mix with the Goan; enjoy local cuisines of Goa; learn Goan music and dances and, if to your liking, taste some local liquor as well.

Goa can be accessed directly from all major cities in India, by air as well as train. One can also drive to Goa as it is connected to both its neighbouring states Karnataka and Maharashtra by national highways. 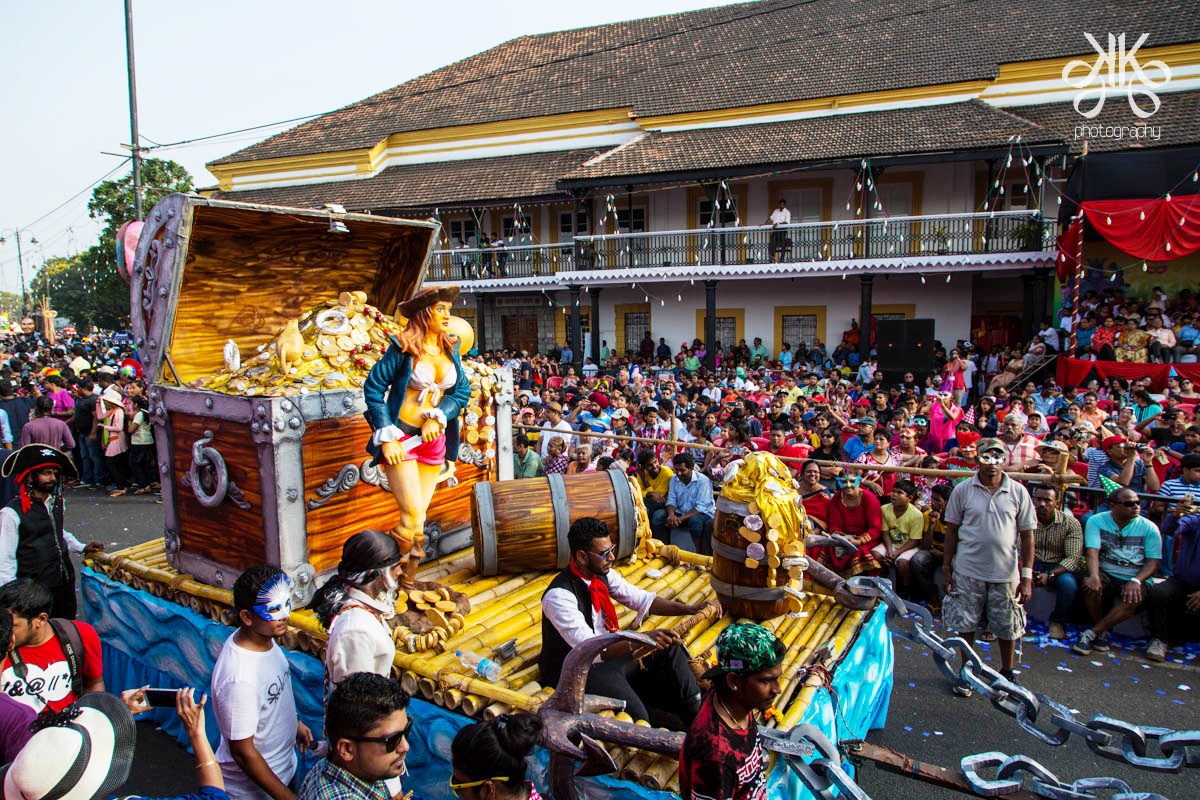 Dates of Carnival: Three days every year in February

The float parades are organised in association with the State Tourism Department. The practice of carnival was on decline during the final years of Portuguese rule. But liberation of Goa gave the carnival a fresh lease of life. This started being seen as a means to attract tourists to Goa.

Description: The three-day festival is full of fun, frolic and amusement. This is only one of its kinds in India. Huge colourful parades take place all over the places. These are accompanied with bands, floats and dances. Evenings are kept reserved for some serious partying wherever you are. Zeal and zest among people are something so apparent from the festive mood. Colours, strumming of guitars, graceful dances and non-stop festivity- people indulge in all these.

People smear colors on faces of each other – similar to what is done during Holi in North India. Entire Goa is decorated with streamers and people from different communities prepare for the fun parades and tableaus with various themes.

Final day’s festivities conclude with the famous red-and-black dance performed by the Clube Nacional in Panjim.

Carnival is also celebrated in the Goan countryside by the Christian population and is called ‘Intruz’. Folk songs or Cantars, as they are called, are sung from door to door in villages by troupes of mainly Christian peasants inviting everyone to join in the celebration.

Treat yourself to customized tour packages from Kolkata, Bangalore, Delhi and elsewhere with Excursion2India!