Nestled amidst the lush green mountains of the Eastern Ghats, Orissa is the place to be essence of Incredible India. The palm-fringed beaches, sparkling rivers, cascading waterfalls and shimmering lakes of Odisha lure travelers from various parts of the world. Sprinkled with bountiful regal monuments, architecturally celebrated temples and consecrated shrines, Odisha boasts of amazing cultural backdrops. We, at Excursion2India, offer incredible Odisha tour packages from Kolkata, Bangalore, Delhi or else where to help tourists enjoy a cherished trip.

Things To Do In Odisha

Declared as a UNESCO World Heritage Site, the Konark Sun temple is a 13th-century Hindu temple. One of the most popular tourist attractions in India, the temple is known for architectural excellence.

Puri beach, famous for its roaring waves of the Bay of Bengal is a must-visit when you opt for our all-inclusive Odisha tour packages from Kolkata. Devotees believe that taking a dip here is like paying homage to Lord Jagganath.

Chilika Lake, the largest inland salt-water lagoon of Asia is a place which you should not miss during your Odisha trip. Alienated from the Bay of Bengal just by a sandy ridge, the Chilika Lake is a popular tourist attraction.

Qutab Minar, Delhi: One of the various landmark monuments in Delhi

Day 1: New Delhi: Arrive in New Delhi and check into a hotel. Have some acclimatization and relaxation. Go out and visit some prominent places in New Delhi. Start with Qutab Minar and other ancient and medieval period monuments surrounding it. Together they have also been included in the list of UNESCO World Heritage sites. Qutab Minar is some 73m high and a symbol of the Delhi Sultanate period. Other famous monuments in the Qutab Minar complex include the Iron Pillar of Delhi, Quwwat-ul-Islam Mosque, Alai Darwaza, the Tomb of Iltutmish, Alai Minar, and Ala-ud-din’s Madrasa and tomb.

Afterwards, go and visit India Gate, a war memorial dedicated to the soldiers who lost their lives during First World War and Third Anglo-Afghan War. Take a visit to Rajpath, a memorial of Mahatma Gandhi. Afterwards, visit Jama Masjid, a mosque built by Shah Jahan in the mid 17th century. Take a paddle rickshaw ride in the old city. See the narrow lanes where business is still carried out in big volumes. Get a fair idea of how things were during the Mughal and later during British period. There are Sikh temples and Jainese temples as well in Old city. Explore them.

Day 2: New Delhi – Bhubaneswar – Puri: Have an early breakfast and drive to the airport. Catch the flight to Bhubaneswar, capital of Odisha, an eastern province of India. On arrival drive to Puri, a 1.5 hours drive from Bhubaneswar. Check into a hotel on arrival in Puri. After some relaxation, start exploring Puri. Visit Jagannath Temple, and have a look at the architectural beauty of the monument. Foreigners are not allowed inside the temple complex though. Take a walk on the streets of Puri. Go to the beach and enjoy a nice walk along it. You can have fun and frolic at the beach, and watch people enjoying. Feel free to taste some snacks from the many snack selling vendors.

Return to the hotel, have dinner and retire to your room. Overnight in Puri. 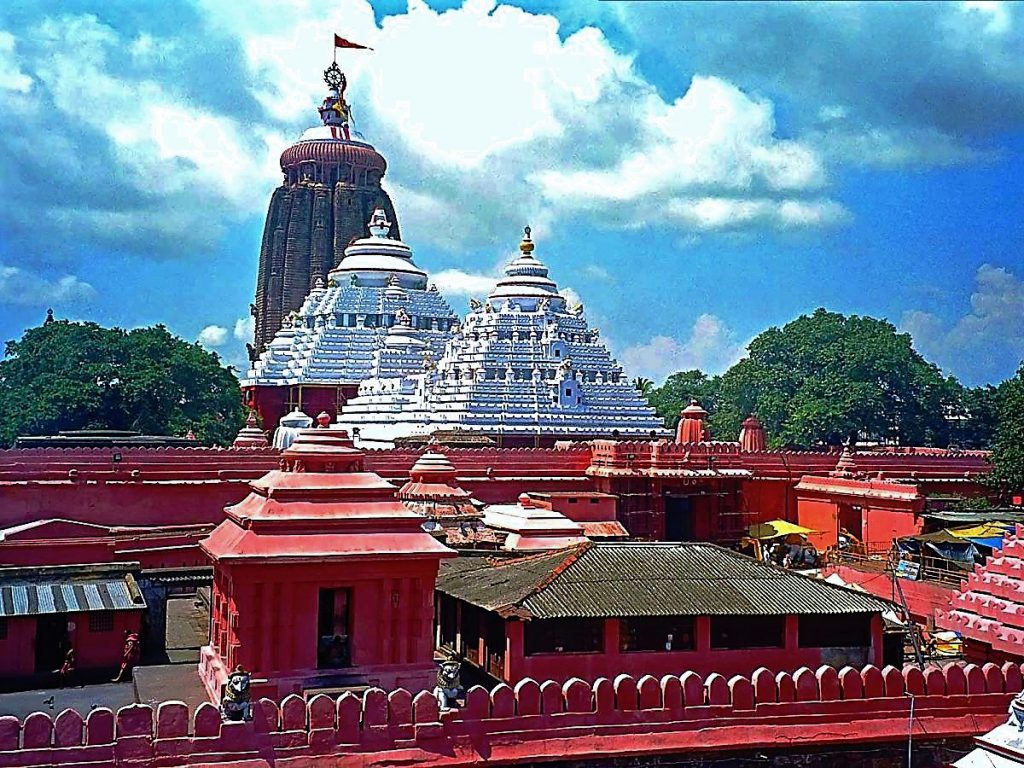 Day 3: Puri – Chilka lake – Puri: After a sumptuous breakfast go to Satapada to explore the beauty of Chilka Lake, largest lagoon in India. Satapada is a drive of a little more than an hour from Puri. Take a boat and go and see dolphins, birds and also the beach. You are free to taste some delicious seafood. Return to Puri. Go and visit a few temples in Puri. Enjoy the evening at the beach. Have dinner at one of the restaurants. Overnight in Puri.

Day 4: Puri – Konark – Bhitarkanika: Check out early in the morning and drive to Konark – a drive of nearly an hour or so. Konark is famous for its Sun Temple. The temple is partially ruined but one can easily see the grandeur of it. It is on the list of UNESCO World Heritage. The temple has several intricate carvings done all over the exterior wall. After a guided tour of the Temple, drive to Bhitarkanika, a drive of more than five hours. Check into Estuarine Village Resort, located at Nalitapatia Village within Bhitarkanika area.
Have dinner. Overnight at Estuarine Village Resort, Bhitarkanika.

Salt water or Estuarine Crocodile at Bhitarkanika National Park: This is the largest breed of crocodiles

Day 5: Bhitarkanika: After an early breakfast set out to explore Bhitarkanika National Park and Bhitarkanika Wildlife Sanctuary. Safari is done on the boat. Keep looking for the large Estuarine crocodiles on the banks of the river channels. You can see a large number of birds. Of particular interest are different varieties of kingfisher birds, darters, cormorants, mangrove Petta, parakeets, lapwings, godwits, and a number of stork birds. Take a walk of a few kilometers inside the forest. Here there are chances of sighting wild boars and deer. There are outside chances of even sighting pythons and some snake varieties like a king cobra and banded krait.

Have lunch in the afternoon and set out to visit Interpretation-cum-Museum at Dangamal. Afterwards, visit different villages and look at how people live in these rural areas. Look at the village temples, schools and markets. Visit some rural houses and understand how village economies are managed in the interior villages of Odisha.

Day 6: Bhitarkanika – Bhubaneswar: Check out after breakfast and drive to Bhubaneswar. Check into a hotel on arrival in Bhubaneswar. Afterwards, go to Khandgiri and check out the caves built over a period of time, some dating back to even 2nd century BC. After a guided tour of the caves at Khandgiri, go and visit Lingaraja Temple, a temple built in the 11th century. Foreigners are not allowed inside the temple’s precincts though. The temple complex is huge with several temples within the complex. Take a walk around the temple area and look at Bindusar, the lake which precedes even Lingaraja Temple. 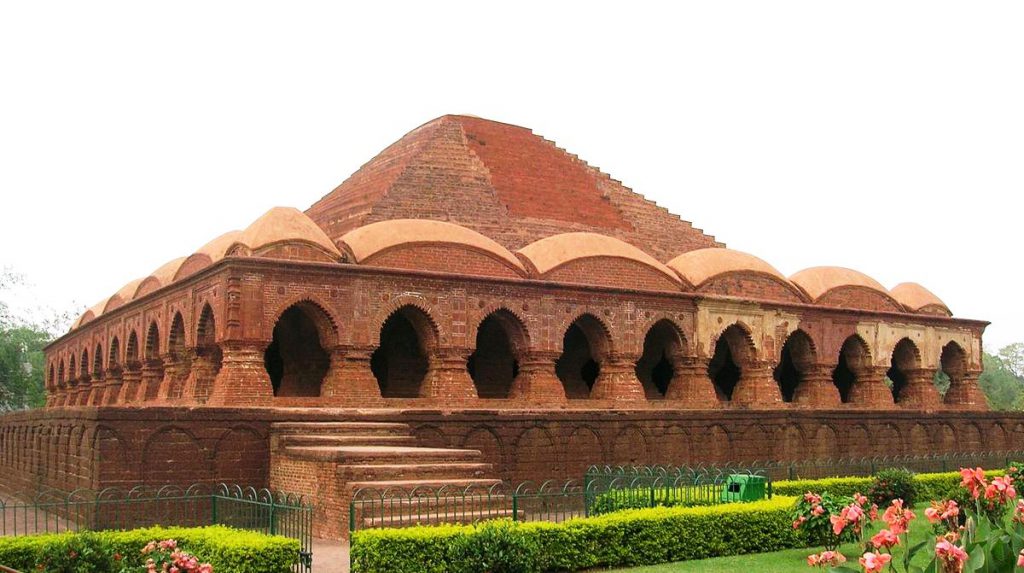 Check into a hotel on arrival in Bishnupur. Bishnupur is famous for the terracotta temples. Go out to explore the terracotta temples. These temples were built by the Malla rulers of Bengal during 17th and 18th century. Look at how these temples from close quarters. Most noticeable of the temples are Jorebangla Temple, Shyamrai Temple, and Radha Govinda Temple. Dalmadal Kaman Canon is also quite noticeable.

Bishnupur is also famous for its terracotta craft and baluchari sarees, which are made of tussar silk. The Malla rulers also gave patronage to musicians and consequently Bishnupur Gharana (school) of Hindustani classical music flourished in the latter half of the 18th century. Bishnupur School of painting also flourished in the same period. Have dinner at the hotel. Overnight in Bishnupur.

Day 8: Bishnupur – Kolkata: Check out after breakfast. Drive to Kolkata – a drive of more than 4.5 hours. Check into a hotel on arrival in Kolkata. Have lunch and set out to explore Kolkata. Visit Victoria Memorial, a museum built for preservation memories of Queen Victoria. At present, it has a good collection of art and history from India. Afterwards, drive to Princep Ghat and enjoy walking along the Ganges. You can go boating in a non-mechanized boat and watch a sunset from the river. Return and explore Esplanade, an area with a lot of colonial buildings.

Have dinner and drinks at one of the restaurants in the Esplanade area. Return to the hotel. Overnight in Kolkata.

Victoria Memorial, Kolkata: This is one of the major landmarks of Kolkata and reminiscent of British Period

Day 9: Kolkata: Have an early breakfast and then embark on a full day exploration of the city. Start with the Flower Market. This is a unique place, supposed to be the largest flower market in Asia. You can feel amazed o see the vivid kinds of flowers coming to the market every morning. Afterwards, go and visit a Jain Temple, built by a business person. This temple is known for its rich use of gems and jewelry. If interested, you can go and visit potters’ colony to see potters at work on making idols for different festivals.

After lunch goes and visits Dakshineswar Temple. This temple, much revered by Hindus in Kolkata, is the place where the famous saint Ramkrishna Paramhans used to worship. After spending some time here go and visit Belur Math, headquarters of the Ramakrishna Math and Mission. This organization was founded by Swami Vivekananda, a famous modern thinker and disciple of Ramakrishna.

Have a nice dinner at one of the many restaurants near your hotel. Return to the hotel and retire to your room after a hectic day out. Overnight in Kolkata.

Day 10: Kolkata – Onward Destination: After breakfast check out and drive to the airport. Fly to the place from where you have your international flight, be it New Delhi, Mumbai, Bangalore or some other place.

“Contact us today to know more about our Odisha tour packages!”

Treat yourself to customized tour packages with Excursion2India!